On 4 October 2013, ULUPUH Gallery is opening an exhibition of Lithuanian contemporary jewellery in Zagreb, Croatia. The exhibition will be opened until 18 October.

The exhibition in Croatia is a part of the project “Contemporary Art in a Suitcase” which is held by the Meno Niša Gallery for the tenth year. The jewellery on move project “Out of suitcase” is a continuous project successfully presenting jewellery artworks of prominent Lithuanian contemporary artists in foreign countries.

All the collection can be put in the suitcase which has become an integral symbol of long tours. The project and its symbolic name have proven to come true indeed – in several years out of suitcase jewellery has visited such countries as Spain, Italy, Sweden, Russia, France, Georgia, Germany, and Portugal.

Speaking about Lithuanian contemporary jewellery, art critic Jurgita Ludavičienė comments: “Lithuanian professional jewellery of the 20th century is neither highly innovative nor provocative; it is not cruel, drastic, or barbarically luxurious. It is rather tender, temperate, casual, and ironic in respect of jewellery itself and its wearers. Yet, its conceptuality and distinction are always on the first place”. The latter statement taunts future foreign viewers into a more in-depth analysis.

The exhibition will be opened until 18 October. 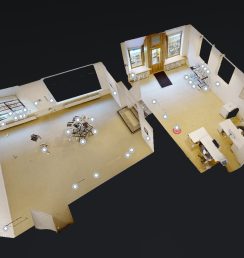