The word “jewellery” in the Croatian language suggests the decorative feature of an object which we wear on our body, as an adornment. Its meaning is, of course, much broader, both for those who wear it and for those who fashion jewellery , who treat it as a work of art in all of its contemporary versions – from concept to social commentary, from mini sculpture to a designed product.

All options within this scale are allowed, and beyond, and the authors choose them depending on their sensibility and artistic preferences. However, for this exhibition their choice is somewhat limited. In the form of curatorial call, I wished to encourage authors to design jewellery as an object for the body. Namely, I noted that the majority of authors, members of ULUPUH’s Section for the design of precious metals and art jewellery, had a tendency to treat jewellery as if it were a small sculpture, a unique object that does not depend on the body on which it is worn, or to, at least, see the item as an endeavour at ignoring this fact as being a restraint. Convinced in the saying that “boundaries are motivating rather than a hindrance to creativity”, I invited artists to do just the opposite – explore forms of jewellery that would consider the body as its wearer at all levels, from the functional to the symbolic:

“Play with the form of jewellery and the manner in which it functions on another part of the body (aside from the usual parts, like the wrist, neck or ear) , as well as the possible symbolic meaning of such a relocation. Awaken the relationship between jewellery and the body that is wearing it – reflect upon the past and the ways in which it was once worn, explore possible new relationships with the body in a contemporary context, as well as the meaning and function that it may thereby acquire. These are only suggestions – the underlying aim is for you to fashion jewellery which will gain its full significance and import when worn on the body and in conjunction with the body – jewellery that will not be “an object placed on the body”, but “an object for the body.”

In setting the task as one based on design, and in placing functionality at the forefront, the aim was for it to serve as a reminder that jewellery is basically an applied art but in the best sense. Of course, an idea and its implementation often take quite different paths and communication between curator and artist is never in one direction. Some of the authors, members of the Section, responded to this call (around half of them); some not. Those who did interpreted the “task” according to their own preferences, by adapting the concept to suit their own artistic interests. Some even discovered new possibilities in their own art through the task set. The result is this exhibition. It reflects the tension between an idea (the curator’s) and artistic individuality responding to this idea. Some of the authors (Rea Boschi Razić , Zlatko Odrčić , Sabina Kolonić) took design into the realm of accessories, with a more liberal treatment of wigs, frames for glasses, hair clips, shoulder straps … revealing that the standard notion of jewellery is infinitely expandable. Ljiljana Fabijanić, Mario Beusan and Eva Lumezi have revealed other – more challenging and playful – parts of the body for their brooches and necklaces. Stjepan Balja’s silver butterflies flutter around the body, connected by only a thin wire over the shoulder, vibrating in an impermanent, unstable balance.

Petra Podnarčuk shapes magical, mysterious objects, headphones and note containers inspired by memories and mementoes, which do not suggest a way in which these objects should be worn and so provide space for playfulness. Dina Grgurić shares this fascination with the world of objects – everyday objects, and so she places her “matchbox” on the finger, so that is may always be to hand. Jewellery as a prosthesis inspired Davor Šuk to design a “glove” that has a decorative function, but may also function as a stylized orthopaedic prosthesis for fractured fingers. Marko Horvat HOX’s complex structure in the shape of the vertebrae of the human spine expresses his views on human relationships at a private, but also at a political level (relations among member countries of the European Union). Lazer Lumezi has not made body jewellery, but jewellery as part of the body – a “third eye” setting it instead of one of the two existing ones, with the inevitable implications that this bears on the manner in which we see the world. The jewellery of Smiljka Franjić is meant to be seen only partially, around the neckline, while the rest of it is only experienced by the person wearing it, in a tactile manner, so that the concealed part of the construction is felt as a form of support, functional and symbolic, for inspiring confidence, augmenting posture and attitude. The story of jewellery is inevitably also a story about the body, about the inter-connectedness between the physical and spiritual dimensions of our existence.

The motive for this exhibition is ULUPUH’s visit to the Lithuanian city of Vilnius, but it is not meant as a representation of Croatian art jewellery overseas. Not in the sense that it is specifically “Croatian” art by definition being presented as such before others. Its identity is not delineated by the preconceived project; on the contrary, it is a field of open borders that change constantly in a dialectical dialogue with others. In this sense, this exhibition is but an invitation, a question posed to the informed observer, who will find his own answers. 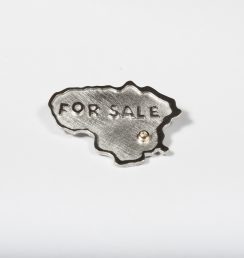 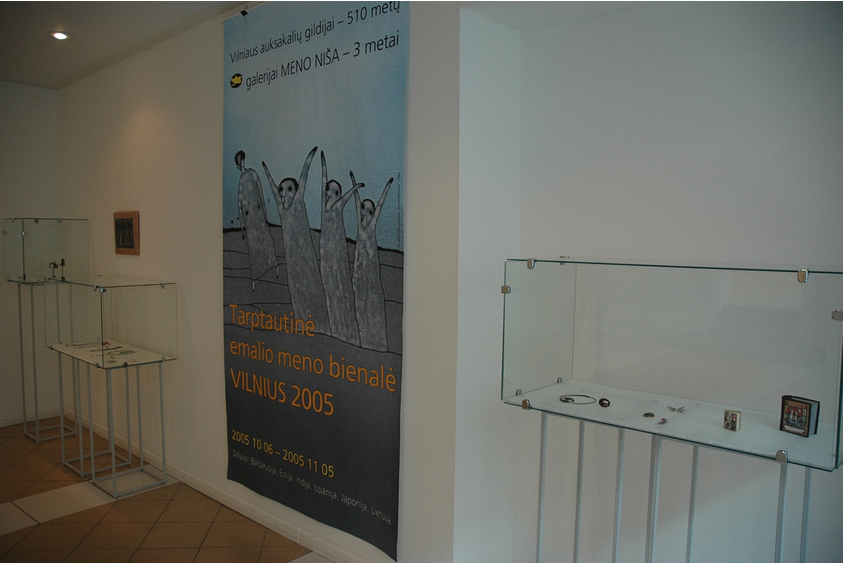